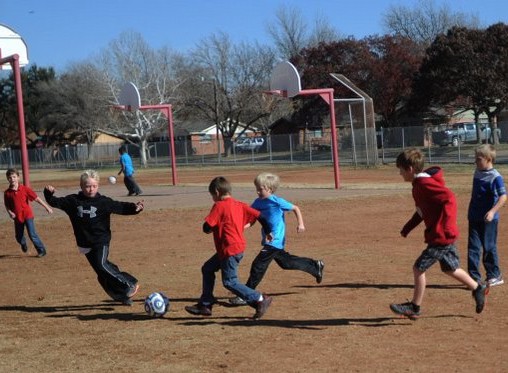 This is a long post, but I think it’s an important one. I hope you stay with me on this.

One of the themes on my blog is a concern that we might not be emphasizing creativity, risk taking, and ‘craziness’ enough in our youngsters. Click here and here for a couple of posts on this topic. We might be over-coaching and creating too many clones (click here for post).

But do we really want to pay good money for (quality) coaches to just supervise ‘street soccer’ and organized free play? In other words, most coaches might well be doing precisely what they should be doing, similar to youth coaching in Europe.

So if we assume for a moment that it’s not so much a coaching weakness in our country then what might explain (all or part of?) the skills and creativity gap between players here and those in Europe and Latin America?

It is very likely that much of this gap develops when our players are young, between the ages of, say, 5 and 12, maybe 14.

The critical difference between youngsters here and in Europe and Latin America is the lack of free soccer play during school breaks and later in the day in neighborhood parks and backyards.

This leads to a huge gap in hours played per week and a huge loss of creative play opportunities.

There are arguably two main reasons for this: first, a lack of pervasive soccer culture here (still), and, second, much bigger distances and busier roads that make walking or biking to a neighborhood park or a friend’s backyard much more difficult for our youngsters.

The lack of pervasive soccer culture makes it difficult to get a critical mass of soccer free play during school breaks, which is where our youngsters spend the majority of their time.

My son attended the German International school here from Kindergarten through grade 4. Soccer was everywhere…the boys played during every break, talked a lot about soccer, wore soccer jerseys, and traded stickers of soccer players.

I remember this well from my own time growing up in Germany – we played soccer pretty much during every school break (often using just a tennis ball) even if we just had ten minutes and then often got together after homework to play some more on some neighborhood grass patch.

My son then switched to our local American neighborhood school and it all pretty much ended. In fact, he became reluctant to wear his (expensive) soccer jerseys because some of the kids were making fun of them.

Since this school switch the only touches on the ball he gets are during his team practices – probably only a third the touches he was getting before and now everything is structured drills and systems of play. And it’s this professional coaching that I’m willing to pay for, of course, not just supervised street soccer.

To quote from a recent research paper on this topic:

“In other countries, soccer is as important as family and religion. It is the sport that every kid growing up plays first, and a major part of this is how relatively inexpensive the game is to play. And in poorer countries, kids need nothing but a ball and some space. They’re not playing twice a week at practice. They’re playing seven days a week just for fun. And this is where many of the great soccer nations stand out from the United States. As a result, this education and push for technical mastery of skills is lost, and true development falls to youth clubs, where the kids may only be for 3-4 hours a week. Development is stunted because the sport is not engrained into American culture yet.

Klinsmann acknowledged this same issue being the biggest difference between American players and players from global soccer powers:

“One thing is certain: The American kids need hundreds and even thousands more hours to play. That is a really crucial thing. If it’s through their club team, if it’s through themselves, whatever it is. The difference between the top 10 in the world and where we are right now is the technical capabilities and the higher pace. In a high-pace, high-speed environment, to keep calm on the ball, to sharpen your minds so you know what to do with the ball before you get the ball. That’s the difference right now. You might have technically gifted players here, but once you set the pace two levels higher, they lose that technical ability because they’re getting out of breath or their mental thought process isn’t fast enough.”

The second issue about greater distances and our lower population density is also an important factor. It is much more difficult for youngsters to get together after school to just play some soccer. Jumping on a bike to the nearest park or your friend’s backyard is just not feasible in most areas and even if it’s feasible for some there isn’t enough critical mass of players that turn up to play.

The population density of urban areas in Europe is around three times higher than here, and around six times higher in Latin America (data source here). This makes it much easier to get together to play.

In most parts of Europe and Latin America the odds are high that simply turning up at a park with your cleats will get you into a pick-up game. And it’s much easier and safer for youngsters to move about their neighborhoods.

This might also explain why Hispanic youth here tend to be much more creative and skillful. They tend to be much more immersed in soccer culture from birth, are more likely to be playing soccer in their neighborhood schools and with their dads and siblings, and tend to live in neighborhoods with higher population densities. They are constantly surrounded by a strong soccer culture and can play the game pretty much every day.

Unfortunately, many of these same Hispanic youngsters typically don’t have access to quality professional coaching as they get older, partly because of our expensive pay to play system. So they drop out of our player pool as teenagers. But that’s a topic for another day.

There is no quick fix for this and there’s no one to blame. It will take time for our soccer culture to strengthen and become more pervasive.

It’s difficult to overcome the population density issue, but it would be a big win for soccer to be voluntarily played every day by a critical mass of kids during school breaks. And wearing a soccer jersey to school has to become ‘cool’.

Many of our soccer coaches might well be doing a very good job given what they have to work with.

It might be as simple and as difficult as that.