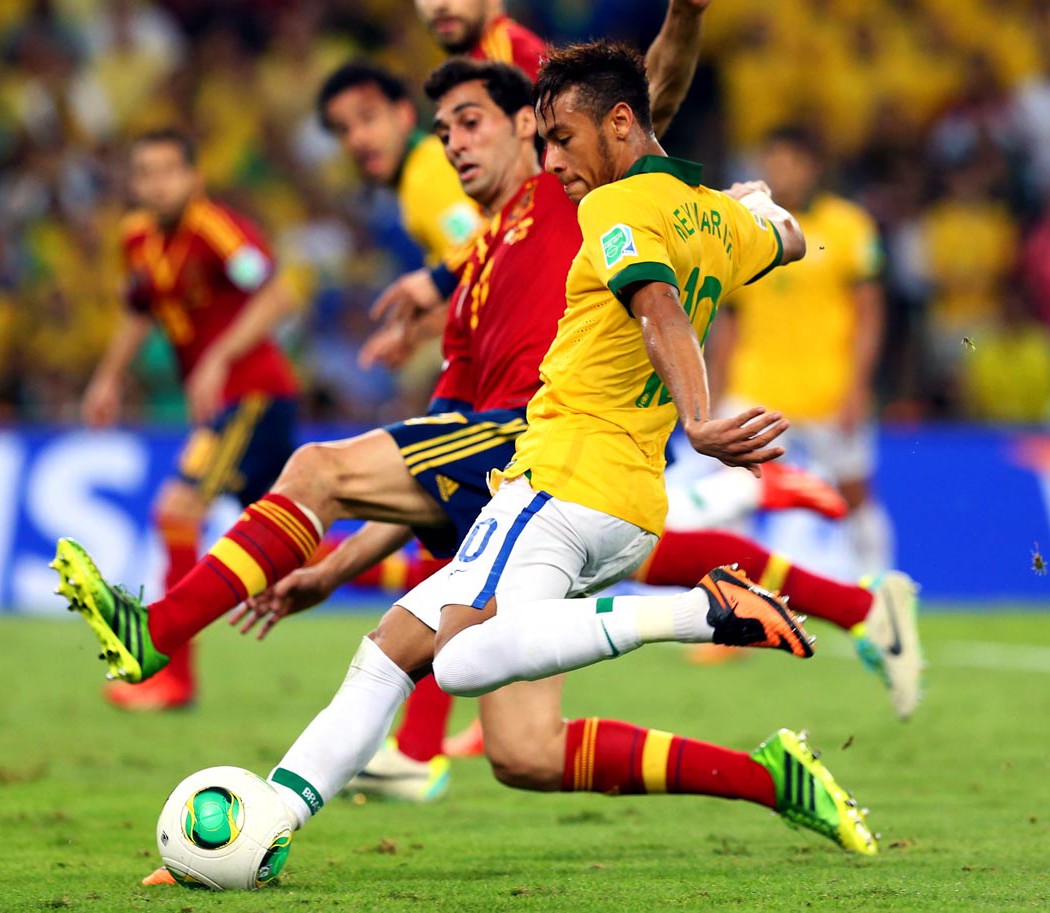 You might have seen my recent post about an experienced coach telling my daughter’s U13 team some risk-averse nonsense. Well, let’s see what Neymar’s dad would have thought about that:

According to his dad a key moment in Neymar’s life was when he terribly mishit a shot with his left foot and his coach then told him to always use his right foot in the future. But Neymar’s dad, with respect, disagreed:

“Son, you should kick with the foot next to the ball, whichever it is. Don’t be afraid to use your weak foot. Use it once, twice, three times, until the weak foot is not weak anymore. Until you feel it’s strong.”

Thereafter, he spoke to his coach Betinho who understood and started doing the same with his other youngsters.

“I would make him practice all the time with his left foot. I would show him that if an opponent comes at you from one side it is much easier if you are comfortable on the other side. He would always ask me how he could be better and I would tell him to use his left foot.”

The use of his left foot helped Neymar improve exponentially. In the short term the improvements are seemingly small, yet in the long term fundamental ones.

4 thoughts on “Playing to win today or developing your players?”