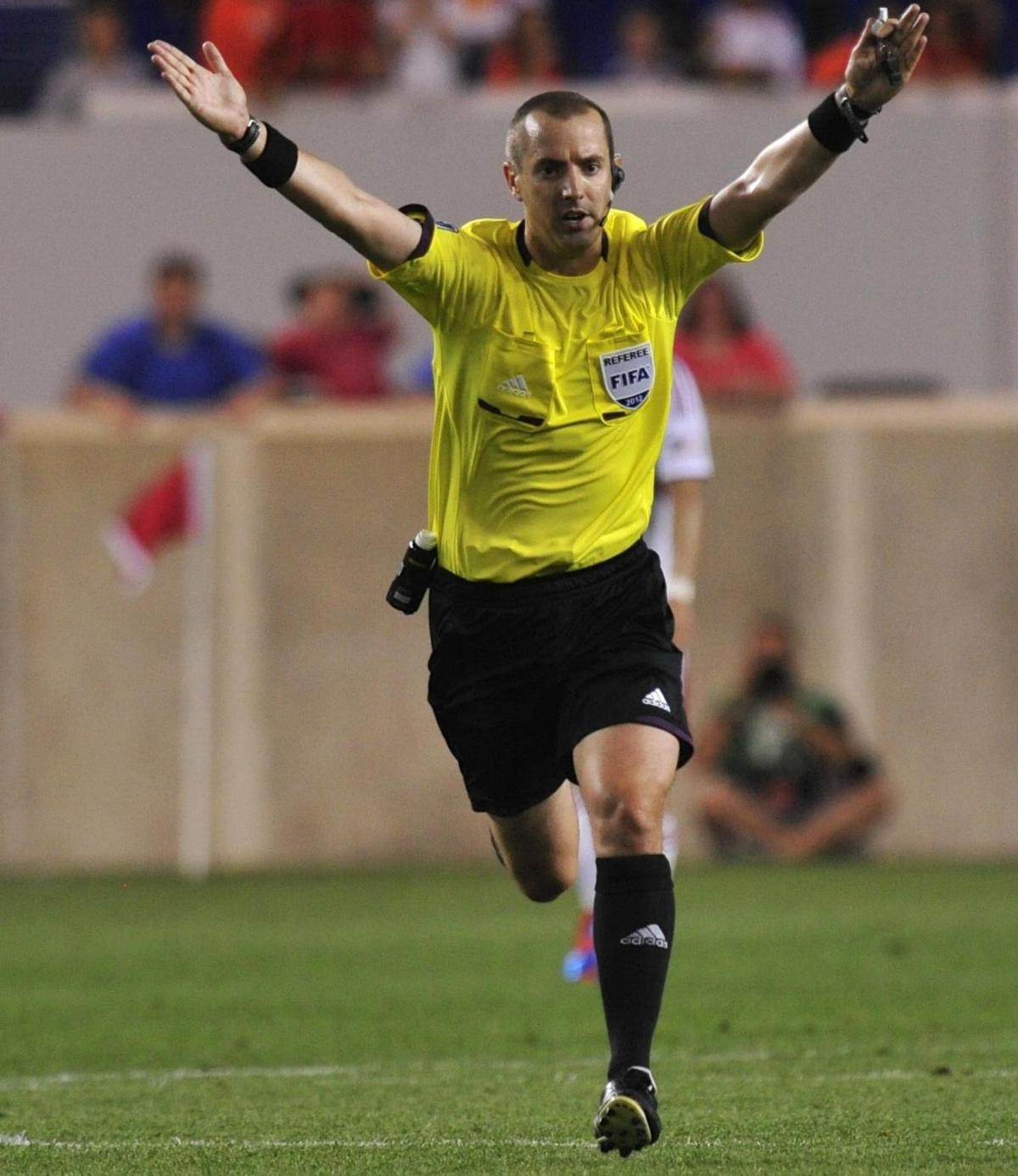 ‘Playing advantage’ is an essential yet underrated part of the game. It’s essential because it gives the referee the authority to let play continue if the fouled team gains more from it than being awarded a free kick or, in rare cases, even a penalty kick.

It helps the game flow more and removes the incentive for the defending team to commit fouls/tackles just to slow the game down.

And keep in mind that when a foul is called the defending team can bring all of their players into a defensive shape behind the ball. This is typically a big benefit to the offending team and should not be enabled.

Probably the least-understood part of this Advantage Rule is that the referee can still eject, caution, or give a stern talking-to during the next natural stoppage in play such as a corner kick or throw-in, and irrespective of the outcome of the Advantage.

Here’s an excellent description of the Advantage Rule by former pro referee Randy Vogt. I’m including parts of it here (with some edits for brevity and audience):

Advantage is a wonderful clause in the rules in which whistling the foul would actually be hurting the team being fouled by not letting play continue.

Officials properly playing advantage do a terrific job of letting the game flow, increasing the enjoyment of the game for everyone. Generally, the better the skill level, the more opportunities there are to play the advantage.

When should the officials play the advantage and when should a foul be called? Here are some guidelines:

A foul by the attacking team inside the defensive team’s penalty area.

The ball is so far from the other goal that there is little rationale for playing advantage here. The defensive team would probably much rather have the free kick and get their team in position to receive it upfield.

One item to consider is when an offensive player fouls the goalkeeper who has hand possession of the ball. If the foul was neither a hard nor a deliberate foul and the goalkeeper is still standing, one should probably play an advantage as the goalkeeper would rather have the option of distributing the ball by punt, drop-kick, throw or dribble than have the goalie’s team kick it from the ground by a free kick.

A foul by the attacking team just outside the defensive team’s penalty area.

With nearly all fouls of this nature, advantage is rarely played here. Here’s an example why:

A gray defender is dribbling outside the penalty area and is tripped by a white forward with the defender falling on the ground. The ball rolls to another gray defender who plays the ball. You yell, “Play on!”

A foul at midfield.

One can certainly play the advantage here, particularly if the team with the ball has open space in front of it.

Teams score on penalty kicks most of the time. Advantage is typically played only if the attacking player has the ball near the goal with an open goal beckoning.

Should the referee give an advantage but quickly (within a couple of seconds) realize that the advantage did not materialize, the ref should blow the whistle and call the original foul.