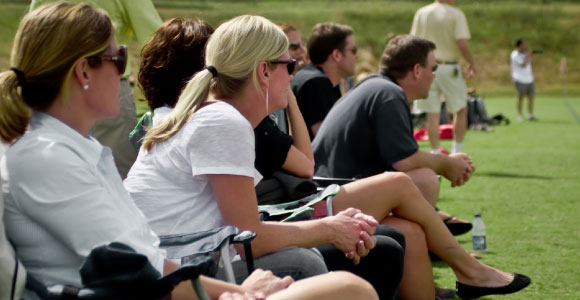 Most of you probably agree that the youth soccer journey has many ups and downs for everyone involved. Lots of emotions. Lots of highs and lows for youngsters, parents, and coaches. Parents are emotionally vested in their children, of course.

And there’s a fair amount of both voluntary and forced socializing over many years between families on the same team (with the full range of likes and dislikes on display), and there’s also a degree of competition for available slots on comp teams.

And let’s be honest, parents: we have very little understanding of the various aspects of this youth soccer journey until we are many years into it. Even then we often think we ‘know’, but more often than not we don’t really.

So to help us make better decisions we naturally search for information on clubs, coaches, players, leagues, camps, financials, selection processes, and the many many other topics.

But a lot of this information sharing is also misleading or plain wrong (‘the bad’), and causes harm, including a lot of distress for coaches (‘the ugly’).

It is easy to assume that information received from close contacts such as other parents on your team or someone who was involved in some of the club’s or team’s administrative volunteer roles is accurate.

Why would they lie to me, right? Or, they should know because they were directly involved, right?

Well, we all interpret what we see and hear through a filter. This filter more often than not distorts reality based on our personal emotional state, our subconscious biases, conscious ulterior motives, and many other factors. We might have unknowingly picked up some information out of context. The list goes on.

Like with any social grouping of adults at, say, our schools and at work, we have to take everything we hear with a healthy dose of skepticism. We too easily jump from hearsay to assumed fact, and act accordingly. And given the emotions involved everything gets amplified.

None of us is probably immune to this, myself included of course. I made a mistake recently posting information I had received through this networked system. Receiving information for personal use is very different from publicly posting that information.

So my strong recommendation is to be cautious about relying on anything you hear from other parents and even coaches. It might turn out to be accurate and helpful, of course, but think twice before acting on it until you are 100% sure it is indeed accurate and that your cause is worth it.

I suspect that if we parents all dialed the emotions and chatter back even just a little and refrained more often from speculating and acting on hearsay then coaches would be able to do a better job focusing on teaching the game and developing our kids instead of having to divert energy to dealing with emotional parents.

And keep in mind that our kids pick up on a lot of this chatter between parents. They typically don’t know what to make of it and it can worry or unsettle them. Our kids end up enjoying the beautiful game less.

To be clear, I’m not pretending that all clubs and coaches are perfect. There are black sheep, of course, and parents should act on those sooner rather than later. And help each other avoid those black sheep by talking to each other. I’ve experienced this firsthand and I suspect many of you have also over the years.

And, in general, it’s probably fair to say that ‘communication’ in the way we as parents are often used to in our professional lives isn’t a core skill of the typical coach or youth club leader.

Nor do coaches and youth club leaders typically have much time or energy during a typical season to (over-) communicate much the way most parents are used to it in their professional lives.

But the large majority of clubs and coaches are very good people and want our kids to succeed.

So could clubs and coaches do a better job proactively communicating and explaining? Sure. Should there be more transparency around some issues? Yes please. Should coaches and club leaders be more approachable and listen more to parents’ concerns? Yes, that would be nice. Nobody is perfect.

But that doesn’t absolve us parents from sharing information responsibly and acting in a restraint fashion.

We can all do our part to make the youth soccer journey so much less emotionally charged for our youngsters, the coaches, and other parents.

2 thoughts on “The good, bad, and ugly of information sharing amongst parents”