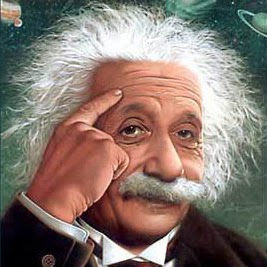 This headline quote is from Albert Einstein. You probably know by now that I believe in the importance of teaching, encouraging, and celebrating creativity of play in our youngsters. I firmly believe that our youngsters need as large a problem-solving toolkit as possible.

Well, here’s another reason to foster creativity: our kids need to be able to express themselves creatively on the field otherwise they will sooner or later lose interest in this beautiful game.

Soccer is played and enjoyed as much with the brain as it is with the body.

The more we enforce rigid systems of play and ‘simple’ risk-averse behavior the more likely it is that we will lose our youngsters to boredom.

When they are younger they are more heavily influenced by external factors such as parental expectations and the social aspect. They are more likely to go along with whatever the coaches (and parents) want them to do, irrespective of how challenged they might feel mentally.

But this changes rapidly as they become more independent as teenagers. The risk of losing interest increases as they get older because they increasingly have to be self-motivated to put the time and effort into practicing multiple times a week and competing on weekends.

If youngsters aren’t having fun they will sooner or later stop playing the game. It’s as simple as that.

So by not encouraging creativity from an early age we end up with players that can’t compete internationally, a much less entertaining experience for spectators, and a much smaller pool of youngsters that stick with the game.