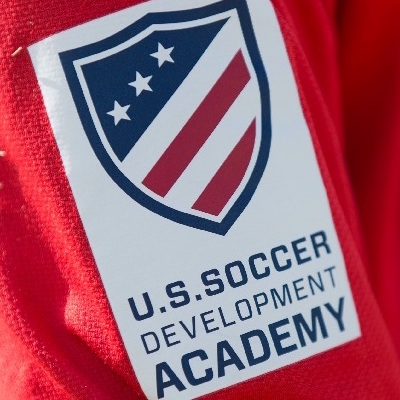 U.S. Soccer released more details for the Girls’ Development Academy which will launch in August 2017. Click here for my post on probably why USSF doesn’t want to collaborate with ECNL.

The application process for clubs will open in May.

The guidelines for member clubs will feature increased training requirements with fewer, but higher quality games. Clubs will be expected to train a minimum of four times a week.

From the start, the program will feature three combined age groups: U14/15, U16/17 and U18/19. The use of combined age groups will require clubs to form teams with a balanced roster of players from two distinct birth years. [Note that the Boys’ DA now starts at U12 so it’s likely that the Girls’ DA will too at some point soon.]

In addition to combining the most elite players from each birth year to form the mixed age group player pool, coaches will be encouraged to play their most elite players “up” on an older age team within the club to help accelerate development.

The players in the Girls’ Development Academy clubs will play exclusively within the Academy program and will not play in any outside competition, such as ODP or high school.

The games will be scouted by U.S.Soccer and the program will serve as a pathway to U.S. Soccer’s Youth National Teams.

The competitive framework will focus on the core values of the program, which emphasizes quality coaching and teaching in a positive learning environment for players with zero tolerance for poor behavior from coaches.

The program will feature local and regional matches as well as regional and national events with playing rules based on international standards, e.g., no re-entry, limited substitutions and proper rest and recovery periods.

The season will be structured over a 10-month period, likely from September through July, and as in the Boys’ Development Academy, the clubs will be organized by divisions and conferences with national and/or regional events incorporated into the overall program.