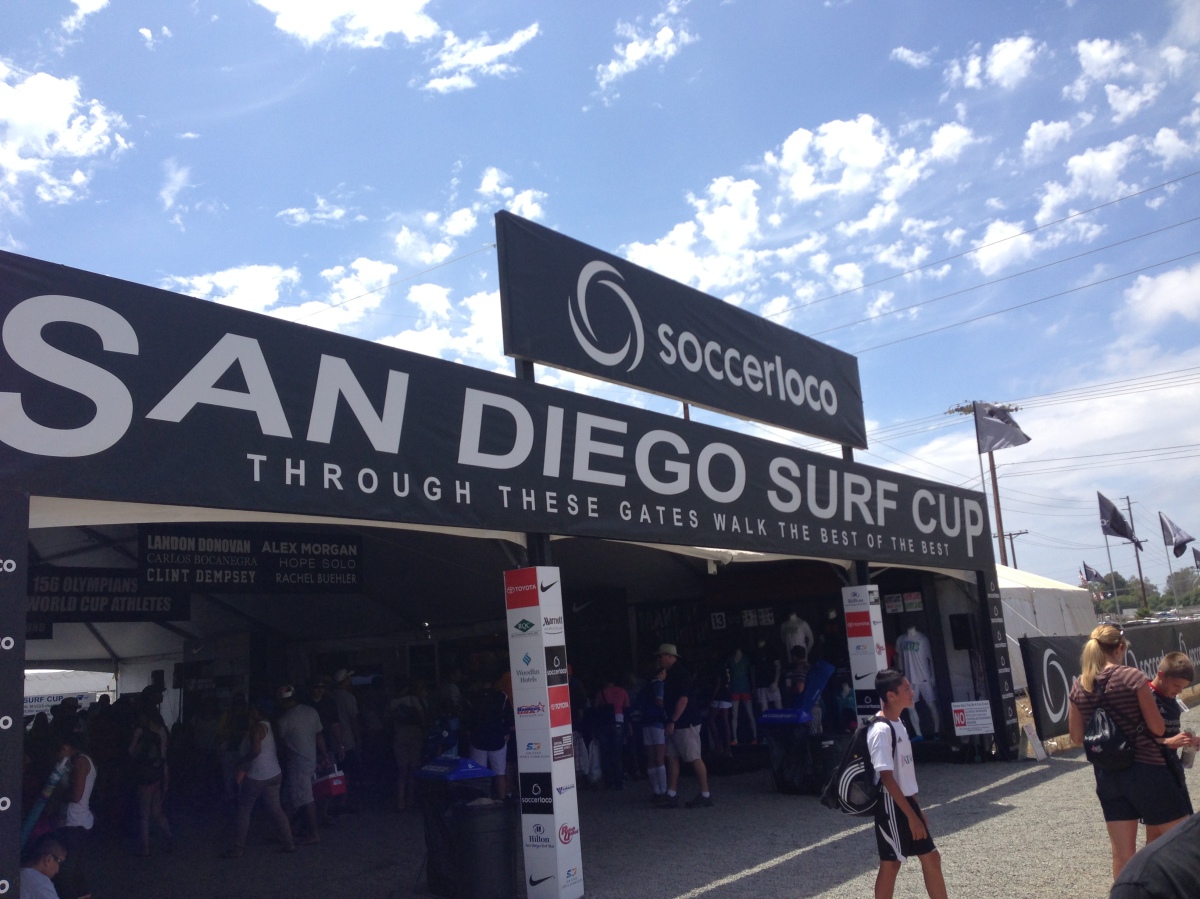 My daughter and I just came back from the premier Manchester City Americas Cup organized by Surf down in San Diego. This is basically a copy of the elite Surf Cup held every July/August at the same venues.

This tournament (like last year and like Surf Cup) was well organized and brings some of the top teams together to compete. Manchester City FC brought their U13B academy team over from the UK and a Mexican academy team came too.

Hotels are good and the logistics work well. We had perfect soccer weather this time – cloudy pretty much all three days, but not too cold. Just right for the players.

However, I have one big concern.

The SoCal Sports Complex fields are not in good enough shape anymore for elite teams.

So what I saw over and over again is that power and speed dominates over technical skills and smart passing and movement. If passes can’t be executed with a high degree of control and the receiver has difficulties getting control of the ball and then execute a skill move or subsequent pass then all the opponents need to do is use aggressive pressing to suffocate the opponents.

Teams with bigger, stronger, more athletic players win. But this is precisely what we need to get away from in our country.

We can’t have our (elite) youth compete under circumstances that clearly favor athleticism and power over technical skills, smart passing and movement, and creativity.

For me Surf Cup has lost some of its shine this weekend. The results are much less meaningful as a signal of player quality and the quality of player development at elite clubs.

I very much hope they can find a way to bring the SoCal Sports Complex fields up to elite standard. The ball needs to run true, similar to artificial turf fields.

Everything else about Surf Cup is great, but without quality fields it becomes more of a soccer festival and less an elite soccer competition showcasing truly quality futbol.

The image above shows the tag line for Surf Cup: “Through These Gates Walk The Best Of The Best”. I very much hope that this is/remains true!