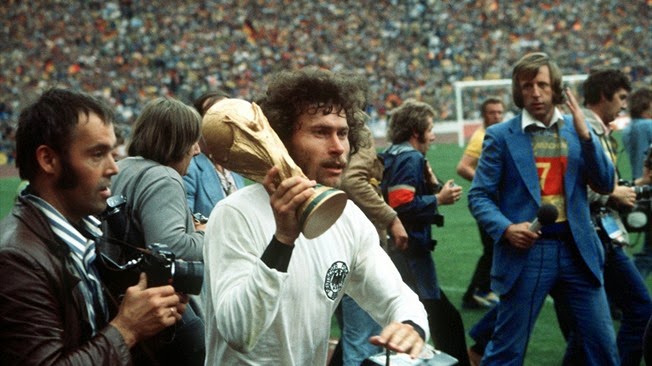 GoalNation published an interview with soccer legend Paul Breitner about youth player development in our country. Below is an excerpt with some edits for brevity, and please note that Paul’s command of English isn’t perfect.

Q: If you were a player who had been developed in America, would you have gone on to be a professional player who scored in two World Cup finals?

Q: So you don’t believe you would have grown into the player you became if you had been developed in our current youth soccer world?

Paul Breitner: No, I would have developed to become the same as 100 (other) players in the US. You have the same types of players and everyone has to learn the same moves.

Q: What is important for a soccer player to be successful?

Paul Breitner: A soccer player has to do his job feeling free, and not being commanded and demanded. A soccer player needs to have the freedom to create ideas. He has to defend and attack in his own way – with his own intuition.

Q: What do you believe is wrong in American youth soccer?

Paul Breitner: The problem is that Americans think soccer players are athletes. No way – a soccer player is an artist not an athlete. Coaches have to realize that they are working with artists, not robots.

Q: How are youth soccer players developed in Germany?

Paul Breitner: In Germany, every player is guided according to his own possibilities, his own skills and is not treated the same way as the ten or fifteen other guys on his team. Players are encouraged to discover all kinds of freedom, creativity and responsibility. Respect, partnership, fairness; we teach these values from the age of four.