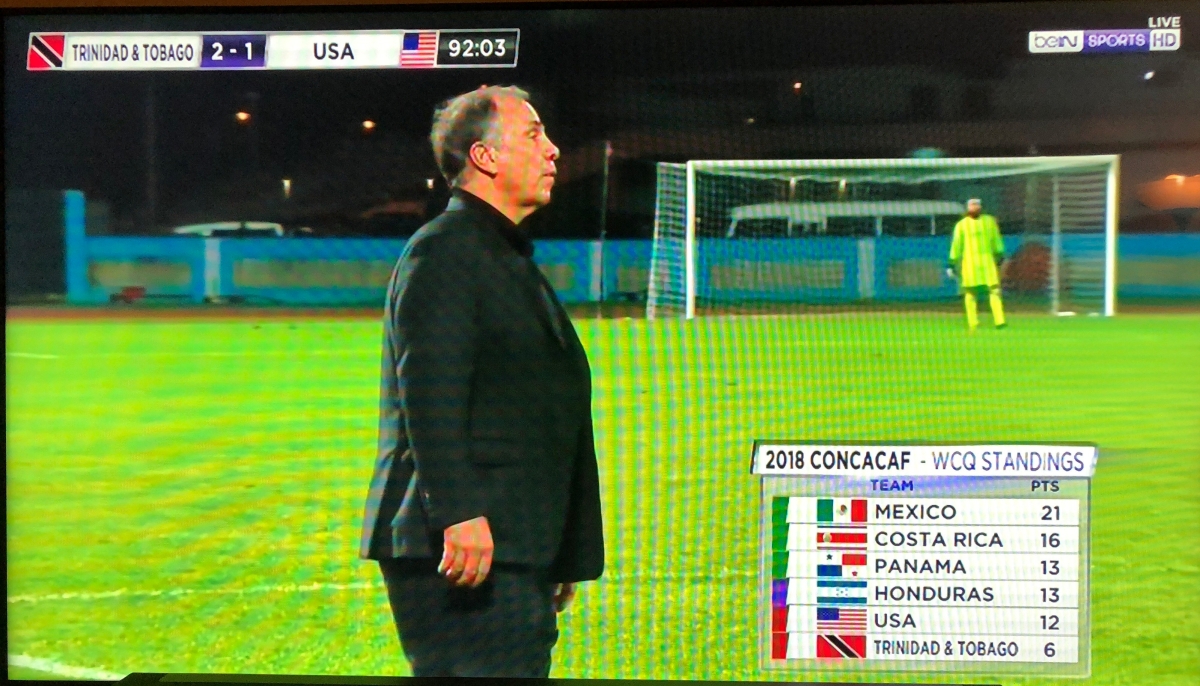 This is my first post in many months – I’ve simply been too busy at work and with family. But Tuesday night’s US MNT elimination from the World Cup jolted me into posting again.

I have not felt this angry in a while. This is a national disgrace, an international embarrassment.

Let me be very blunt: what a joke of a team and coaches. USSF lacks leadership that understands this beautiful game deeply enough. The quality of soccer in the MLS is poor and the incentives in that league are not aligned with developing players to compete internationally. And don’t get me started on college soccer.

Time to stop the BS and start with a complete and deep revamp of how we teach, play, and organize the beautiful game here.

We need to hold our coaches more accountable and support only those that truly understand the game and how to teach it. This also means that we as parents and the leaders of our youth clubs educate ourselves about what it means to learn and play futbol properly.

In contrast to pretty much all soccer powerhouses such as Brazil and Germany and Spain, we’re paying our coaches and clubs a lot of money, right? So if we have a pay-to-play model here let’s at least demand a service that can justify these cost.

This applies to all levels of coaching – national, pro, college, and youth. And it applies to US Soccer leadership as well as us parents.

If you’ve been following my blog for a while then you know that this doesn’t come as too big a surprise to me, but I still feel angry about it.

We have inmates running the asylum and it needs to stop.

That’s a country only about one-third the population of the City of San Jose here in NorCal.

Let’s do that again: 335 thousand people with limited resources on an icy island in the Atlantic ocean near Europe perform better than 335 million people living in the wealthiest country in the world with unbelievable facilities and resources and brainpower and a deep and pervasive tradition of sports.

When will there be enough evidence to finally trigger deep changes in how we train and play this beautiful game in our country? Have we finally reached a tipping point?

I’ll leave you with these three clips to reflect on:

4 thoughts on “Disgraceful – time to cut the BS!”